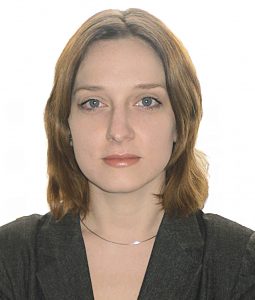 My name is Čarna Brković (pronounced as Charna Brkovitj). I am an incoming Associate Professor (W2) in Cultural Anthropology and European Ethnology at the University of Mainz.

I am finishing a book manuscript tentatively titled “Suspending Disbelief: Humanitarian Worldmaking in a Refugee Camp in the Balkans”. This is an account of how Red Cross humanitarians in Montenegro pursued worldmaking differently within the Non-Aligned Movement and, forty years later, during the Europeanization process. Realigning Red Cross humanitarianism in Southeast Europe meant changing the vision of the world advocated by this organization away from the imaginary produced during the Non-Aligned Movement and toward the one epitomized in the liberal humanitarian tradition. Looking at local humanitarian staff and Red Cross outside the West/Global North, I explore links between morality and imagination.

I am a PI on a research project Redigim studying new redistributive imaginaries in Europe. Our consortium won CHANSE funding for this research.

In parallel, I work on a project on gender, moral reasoning, and freedom, for which I won a Wenner Gren Engaged Research Grant. Background ideas for this project can be found here and here. Very first results of this collaborative project are available here: Shared Freedom: Trans People and Collective Moral Deliberation in Montenegro.

My PhD is in Social Anthropology from the University of Manchester. I have published two books: an ethnographic monograph Managing Ambiguity (2017, Berghahn) and an edited volume Negotiating Social Relations in Bosnia and Herzegovina (2016, Routledge, with Stef Jansen and Vanja Čelebičić).

Theoretical concerns that have motivated many of my works address how people deal with the situations when their agency is suspended; how people navigate ambiguity, uncertainty, and failure; and how power and inequality are structured in such ambivalent and complex conditions that abound in Southeast Europe as a region undergoing multiple and simultaneous socio-political transformations.

My work combines a focus on inequalities and power with a focus on social complexity and ambiguity. I am particularly interested in developing concepts that help us to understand how differently positioned people pursue their projects of the good life within structural inequality. I also work towards understanding fractured, fragmented, and ambiguous forms of governance. I wrote about IDPs living in refugee camps, LGBT activists, and grassroots attempts to raise money for healthcare in Bosnia and Herzegovina and in Montenegro.

For me, (South) Eastern Europe figures as a region that poses unexpected theoretical challenges to conventional directions of anthropological analysis. I am deeply critical of hegemonic visions of the region as a poor copyist of theory produced elsewhere – in the former colonial centres, or peripheries. To counteract such visions, I strive to test and develop new concepts that reflect the ethnographic realities of the region but also help understand socio-political entanglements throughout the globe.

As a scholar with Montenegrin passport and a PhD from the UK, I work towards transforming anthropology into a decentered global discipline. This is reflected in my service roles: