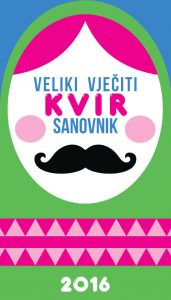 I envisioned, planned, and edited the “Queer Dreambook”, a collective public intervention in post-Yugoslav cultural heritage and traditional local knowledge.

The “Queer Dreambook” offers a feminist, queer rewriting of classic dreambooks (sanovnici, sanjarice) that have been used in former Yugoslav countries since the late nineteenth century. It was created by a team of around sixteen people from Montenegro, Bosnia and Herzegovina, Croatia, and Serbia and published in Montenegro in 2016.

The Dreambook was created out of a conviction that cultural heritage is not a frozen, unchangeable, clearly defined corpus of knowledge that experts simply need to describe, keep, and pass on. It interweaves ethnological and anthropological knowledge – as well as knowledge of gender studies, feminism, literature, and sociology – with the existing corpus of traditional Balkan knowledge, in order to make the dreambook more open for different people who have had diverse experiences and find themselves in unequal positions in society. 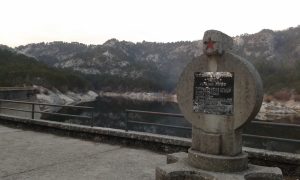 During a mountain hike several years ago, I realized that there are hundreds, if not thousands of memorial plaques across Montenegro, often located right off of remote roads, hiking paths, or hard-to-reach villages. Most were placed during the socialist Yugoslav era and commemorate local events that were important for the partisans, workers, and socialist revolution.

Together with my husband Danilo Martinović, I started taking pictures of such memorial plaques. Whenever we stumble upon one, we take a picture of the plaque and the surrounding area. We post pictures on Instagram, under the name Topography of Memory. 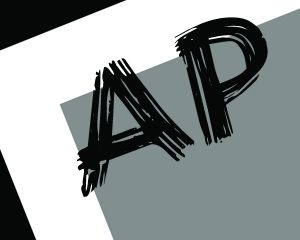 Between 2012 and 2016, I volunteered for a non-commercial, micro publishing house in Montenegro, called Aquamarine Press.

It specialized in publishing social science texts and speculative fiction, particularly ethnographies and SF stories. Its small, dedicated team of writers, anthropologists, translators, and designers worked on one to two titles per year. 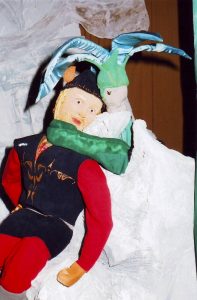 I edited a monograph telling the history of the now-closed puppet theatre the “Blue Lagoon” (Plava laguna) from Podgorica, Montenegro. The puppet theatre existed from 1994 to 1996, as an independent, private company, producing three plays, which had been performed several hundred times in total.

This project also presented a search for a piece of an almost forgotten family history for me, since my parents founded and led the Blue Lagoon.